REVIEW: The Thompson in Seattle

Seattle has seen an arrival of quite a few new hotels in the past few years.

The conflux of fresh restaurants, retail shops, and convention spaces has led to the need for greater capacity.  The Thompson is one of those new hotels, and those of you who have been to Los Angeles or New York will probably recognize the boutique chain, known for the famous Roosevelt Hotel in Hollywood.  The style is modern and hip, with a bit of art deco thrown in.

The hotel itself is centrally located next to the historic waterfront quarter of Downtown Seattle.  It’s part of an entire “Condotel” complex, which includes residential units alongside hotel units.  The lobby itself is a cozy affair, with a sitting room right next to the check-in desk.  There is also an expansive restaurant in the lobby which makes incredible cocktails and serves a great Sunday Brunch.

The rooms are well designed, albeit with cold bathroom surfaces, and the modern design has enough character to distinguish itself from the other bread and butter hotels such as the Hyatt or Westin.

Unfortunately, because of the location of the hotel, most of the rooms don’t have views.  There are obstructions on all sides unless you are on one of the higher floors, and this makes for a hard time when choosing a room at the property.

The service is also suffering, with staff that mean well, but appear to be new and not well versed (at the time of this writing in December 2016).  I’m sure this will change as the hotel gets a bit more traffic.

The pinnacle of the property is NEST which boasts itself as the highest rooftop bar and lounge in Seattle.  The views are outstanding up top, but the space is small, with half of it dedicated to an outdoor patio which is unusable most of the year.

THINGS TO DO IN THE AREA:

REVIEW: The Four Seasons in Seattle 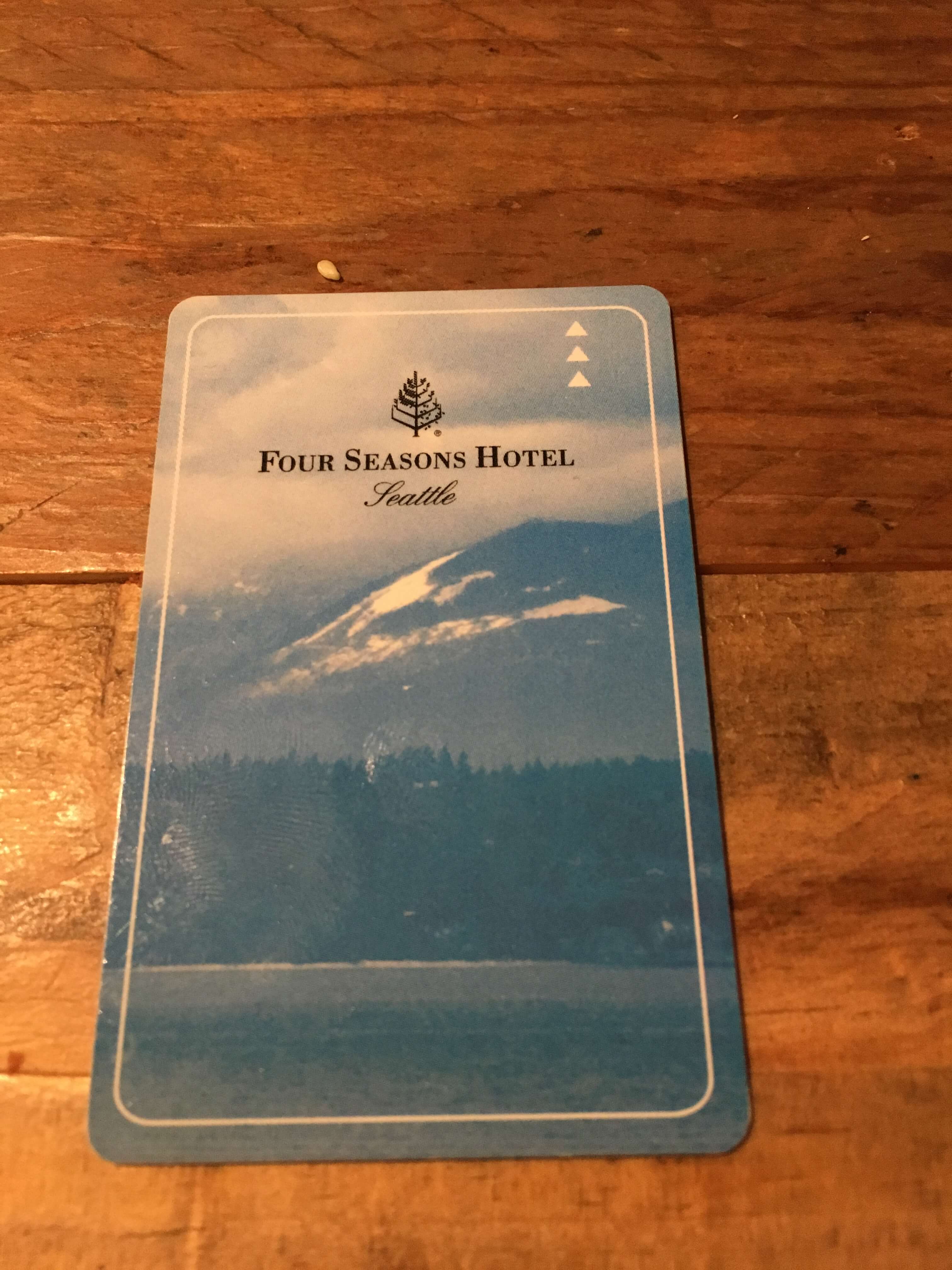 Seattle is one of those destinations that everyone should visit once in their lives.  It’s a unique combination of city and forest, set amongst dozens of lakes and rivers and bisected by the very large Lake Washington.  In the summer when the weather is great there’s almost no better place to be.  The high latitudes allow for long summer days and warm summer nights.

For a very long time though, the city had a serious shortage of accommodations – and especially luxury accommodations.  If you wanted to stay at a 5 star resort, you had to look to the Eastside – not Seattle downtown proper.  This all changed when the Four Seasons came in with new construction right at the waterfront of downtown Seattle.

This is a smaller hotel but with luxury condominiums available for purchasers.  It’s got the feel of a boutique hotel but with all the luxuries that you would expect from a company such as the Four Seasons.

The rooms themselves are relatively plain and very Pacific Northwest with light woods and simplistic clean lines throughout.

They are comfortable and materials are high quality but a bit lacking in depth and character.

What the rooms lack in effort though the hotel more than makes up for in its rooftop patio and pool.  I love Seattle in the summer and the rooftop pool with its amazing vista over the waterfront is the perfect place to sit and relax for hours with a beer in hand.

So next time someone says Seattle is always raining remind them that they are referring to Portland or San Francisco, and that the rooftop at the Four Seasons is where you will be spending your summers.

OTHER THINGS TO DO IN THE AREA: