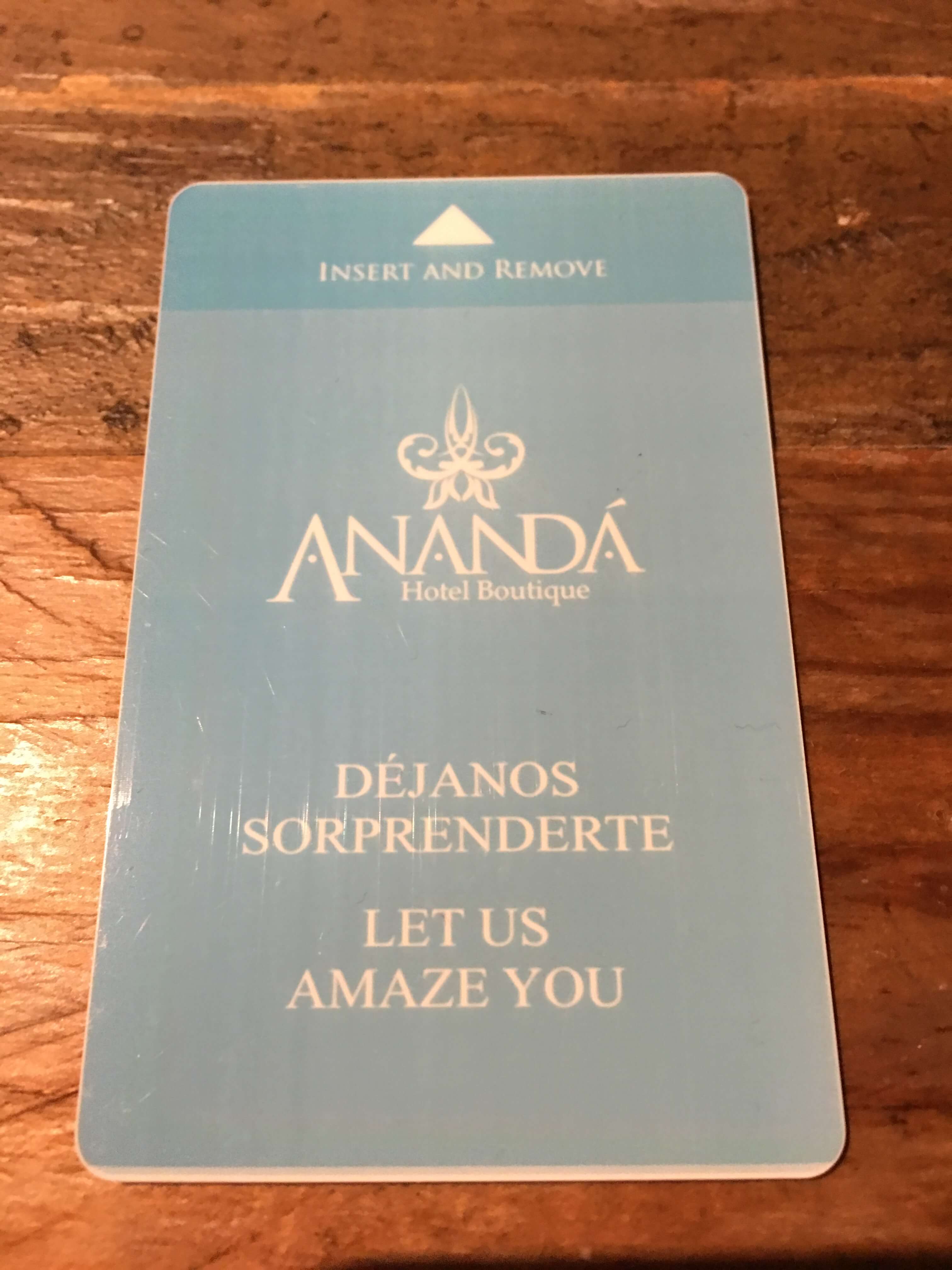 If you’ve ever dreamt of that lazy getaway in a “cute” little hotel filled with luxurious amenities where you can wander into the streets and lose yourself in the middle of a UNESCO Heritage Site.  Well, that’s the Ananda Boutique and that’s Cartagena.

The first thing you notice about this hotel is how hidden it is.  Much like the other hotels in Cartagena’s walled city, Ananda is built right into the buildings around it and blends in.  When you step in, however, you feel as if you’re in a separate world.  It’s calm, there’s trees and a little courtyard for the restaurant and a dipping pool on the first level.  The hotel doesn’t have many rooms, and the insulation is not so great in between rooms, but for everything is tastefully decorated, the exposed wooden beams and the refinished stone surfaces give the appearance of a modernized-400 year old hotel.

The best part of this hotel, though, is the rooftop pool.  It affords expansive 360 degree views of the city and although you’re right in the middle of it all (the oppressive street vendors can sometimes be a bit too much in Cartagena) – you still get the peace and quiet that you would want at the end of the day.

There’s only one other option that is similar to the Ananda Boutique and that is the Bastion Luxury Hotel.  I’d cross shop the two when you’re booking but if there’s one thing that I would say to swing one towards the Ananda it would be that the highest rated restaurant is in the lobby of the hotel.  It’s one place I highly recommend eating at, but skip the breakfast, it’s terrible.

OTHER THINGS TO DO: